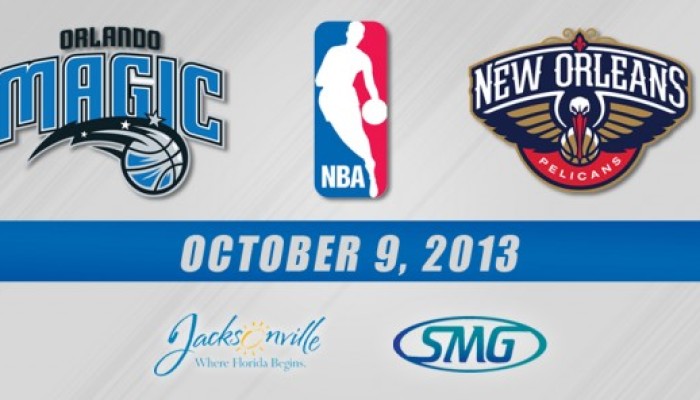 The NBA’s Orlando Magic and New Orleans Pelicans will kick off their 2013-14 season with a preseason game on Oct. 9.

An interactive fan venue will be located outside the Jacksonville Veterans Memorial Arena on game day. The event will include a salute to members of the military and veterans community, which are an integral part of Jacksonville.

“We are extremely excited to open the 2013 preseason in the city of Jacksonville,” said Orlando Magic CEO Alex Martins. “It is always a pleasure to bring NBA basketball to fans in Northeast Florida, and we look forward to seeing them all at Veterans Memorial Arena.”

The event will provide a chance for the Jacksonville community to see up-and-coming stars on both teams, while combining the experience of NBA near Downtown at Jacksonville Veterans Memorial Arena.

Tickets are on sale now. Seats start at just $15, with courtside seats available for $250 each. For more information on sponsorships or VIP opportunities, contact the City of Jacksonville Sports & Entertainment office at (904) 630-3697.