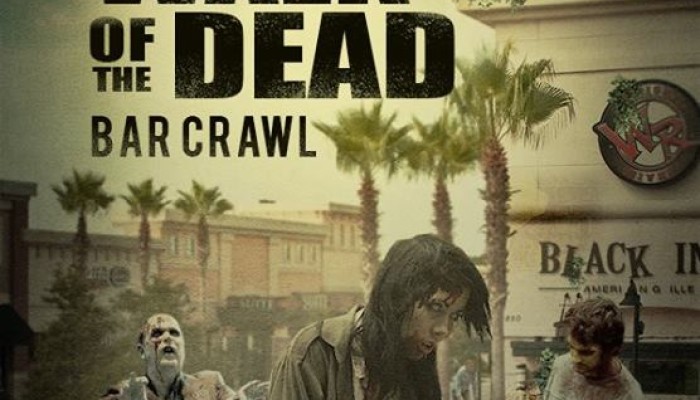 Announcing one of our Featured for the 2013 Suite Saga – Halloween Series! The Walk of the Dead Crawl at The Markets at Town Center with 904 Happy Hour, Whisky River Jacksonville, BlackFinn American Grille – Jacksonville, and us at Suite Jacksonville

Zombie walks are relatively common in large cities, especially in North America. Some have been established as annual traditions, though others are organized as spontaneous flash mob events or performance art. Many zombie walks in the United States have been “hunger marches”, intended to raise awareness of world hunger.[1][2] Promoted primarily through word of mouth and online message boards, most zombie walks are an underground activity. During the walks, participants are encouraged to remain in character as zombies and to communicate only in a manner consistent with zombie behavior, which may include grunting, groaning or slurred, moaning calls for “brains”.