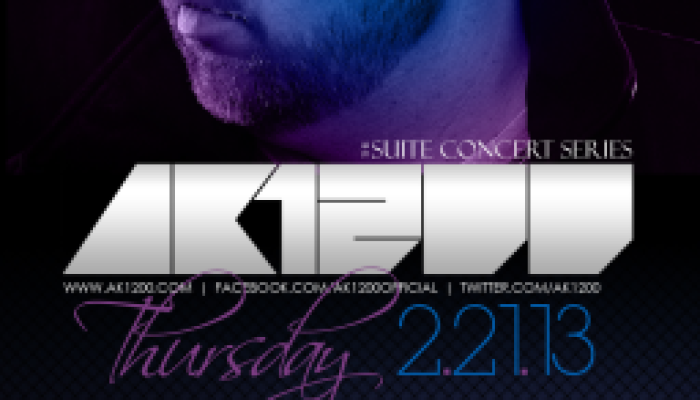 ** The longest running D&B DJ in the USA. Member of the infamous Planet of the Drums crew. Founder of Big Riddim Recordings. Dave, AK1200, has been a driving force within Drum and Bass culture in America since its inception. From his legendary mix CD's to his extensive list of high profile remixes and original tunes, he has maintained a presence within the scene for more than 20 years. For lack of a better term, AK is a "classically" trained DJ, mixing live for each crowd. Every set is unique and completely dependent on what gets the best reaction from the floor that night.

AK1200 at Suite Nightclub in Jacksonville

In a time where the EDM scene has completely reinvented itself, AK1200's explosive sets have been spreading the fever to a whole new fan base. These new fans, hungrier than ever for the absolute best in electronic music, are steadily looking not for their house, but for their home. Once they hear "the one" set that changes everything, they will have found it. AK1200 plays those sets, trust! And D&B will become your home, it always does.

AK, alongside Bill Hamel, and Meaux Green have recently formed a new project titled 2against1. Under this moniker expect a constant surge of electrifying d&b tunes aimed straight for the neck, and when they hit, they gonna hurt. AK1200 and 2against1. that's two names you best get to know, cos shits about to go down. 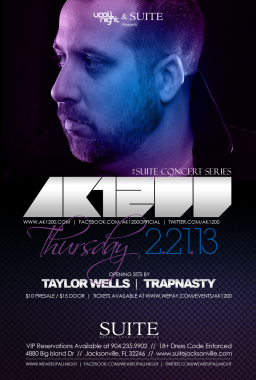