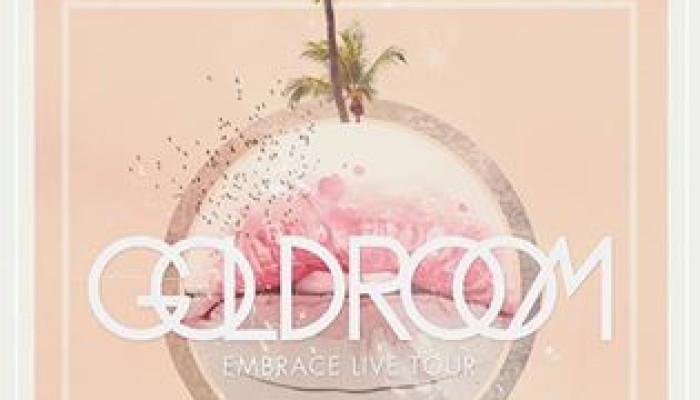 Born from the simplicity of emotive choruses and lush electronic ornaments, Goldroom has transformed into a fascinating tale of modern music culture; a nostalgic romance of tropical textures and soulful rhythms.

After the success of his single “Fifteen”, which found itself with over 300,000 plays on Soundcloud, the top spot on the Hype Machine charts, features on Pitchfork, Spinner, MTV, and spins on BBC Radio 1, few can say that they’ve had a year quite like Goldroom. In less than that amount of time, Goldroom’s travels have seen him touring on stages in Asia, Europe, South America, Central America, Australia, and of course across the USA and Canada.

His follow up original single, “Sweetness Alive” features the luscious vocals of SLL (formerly known as Saint Lou Lou), a track that both beautifully compliments his debut, and begins to set the stage for the upcoming debut of Goldroom’s live band performance over this spring’s SXSW Festival in Austin, TX.

As an established remixer in his own right, Goldroom has gone on to work with such buzz-worthy acts as Niki & The Dove, Atlas Genius, Alpine, Poolside, and Gigamesh. Most notably, his remix for Niki & The Dove has been streamed more than 3 million times on YouTube and has been supported by The Magician, Aeroplane, Alex Metric and more.

Be on the lookout for even more from one of this year’s greatest success stories, both on the road and in the studio. With a full length album already in the works, you can rest assured that this remarkable tale will find you on a steady hunt for the dance floor.