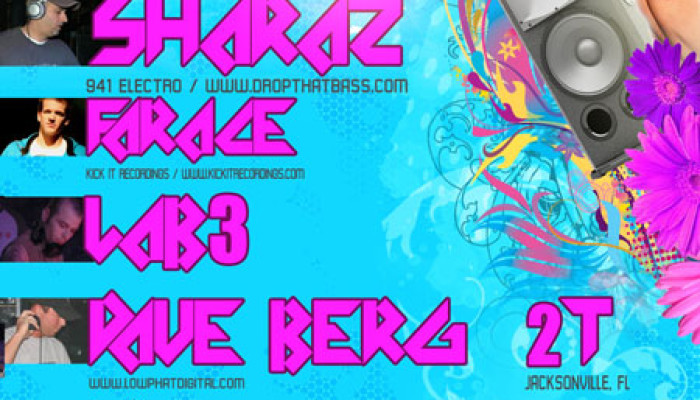 Get ready for this special night (Halloween Edition) on Saturday, October 19th as DJ Sharaz returns to Eclipse and we celebrate his CD Release "Been There Done That"!

In 2007, Sharaz's track "Holdin' On" was nominated for an IDMA (International Dance Music Award) award for Best Breaks/Electro track along with Jamiroquai, Bodyrox, Outwork f/Mr. Gee and Fedde Le Grand. Fedde Le Grand went on to win this category with his single "Put Your Hands Up 4 Detroit".

Farace has recently established himself as one of Florida's finest dance music exports with features in DJ Mag and a Mixmag "Tune of the Month." Picking up support from artists like Kissy Sell Out on Radio One, The Crystal Method and Far Too Loud, and playing events at legendary spots such as Firestone Orlando, Fabric London, HUSH in BC and WMC Conference in South Beach have pushed him into the spotlight.

Based out of Florida, Dave Berg has been a staple in the dance music scene for over a decade having played several top festivals across the country including Ultra Music Festival. Dave Berg has toured extensively throughout the United States and his music has repeatedly charted on many top digital stores. Dave’s live sets brings a collective range of genre twisting, funky and intensely epic mixes geared for any dance floor!

– Dress up in your Scariest or Funniest Costume –