Grace Potter & the Nocturnals’ self-made 2005 debut album, Nothing but the Water revealed a musically sophisticated young band inspired by the music of the late ’60s/early ’70s and fronted by a then-21-year-old dynamo whose nuanced singing, organ playing and songwriting belied her age. The follow-up, 2007’s This Is Somewhere, confirmed that the band had no interest in following trends but was instead in pursuit of timeless expression as it forged its identity. On 2010’s self-titled third album, GPN, toughened by a half decade of nonstop roadwork, flexed their rock ’n’ roll muscles and confirmed that they were in it for the long haul. 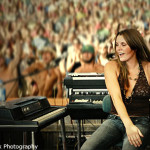 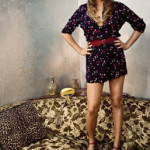 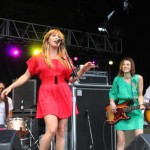 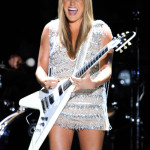 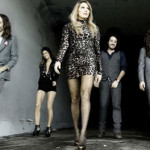 Now, seven years after hitting the radar, Grace Potter in Florida Theatre Jacksonville take an exponential leap with the widescreen opus THE LION THE BEAST THE BEAT (Hollywood, June 12, 2012). With this musically combustible and conceptually
dazzling work, the Vermont-based band forcefully takes its place alongside the best of its peers while building on the rich legacy of its inspirations. During this a la carte age, Grace Potter & the Nocturnals have boldly pushed against the current, making a bona fide album that demands to be heard in its entirety . . . not that its 11 songs don’t utterly beguile on their own. “This album is really a different animal than our previous records—no pun intended,” says Potter.

Grace Potter at the Florida Theatre

“I think what people love about us is the energy we generate playing together and feeding off each other,” says guitarist Scott Tournet who will also be at the Florida Theatre. “There’s a lot of drive in our band, and we managed to capture that on this record. We love the music that we cut our teeth on and it’ll always be part of us, but we’ve reached the point where we’re consciously trying to push things forward.”

Check all the Nocturnal out at Jaksonville Florida Theatre February 13, 2013 at 8:00 pm