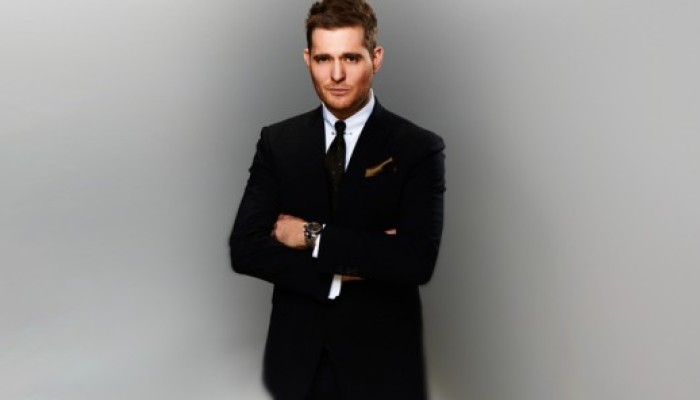 Grammy Award-winner Michael Bublé is coming to Jacksonville Veterans Memorial Arena for one night only on OCTOBER 29.

Tickets are on sale now!

Touring in support of Michael Bublé new #1 selling release, “To Be Loved,” Michael Bublé has been called “one of the most likeable performers on Earth.” His previous Crazy Love Tour sold out in 80 US cities and was seen by over two million fans worldwide. Michael Bublé Jacksonville stage show is propelled by a string of smash hits including his current single “It’s A Beautiful Day,” “Haven’t Met You Yet,” “Home,” and “Everything,” along with Michael’s distinctive interpretations of classics like “You Make Me Feel So Young,” “Young at Heart,” and “You’re Nobody ‘til Somebody Loves You.”

“I’m very excited to get back on the road and perform for my fans. It’s been awhile but we’re rested up and ready to have a big party on stage every night,” commented Bublé who will be in Jacksonville Ocotber 29, 2013 at Jacksonville Veterans Memorial Arena.

Bublé has already sold out l0 nights at the 17,000 capacity 02 Arena in London beginning June 30th and 5 nights at the l0,000 capacity 02 in Dublin beginning July 15th. “To Be Loved” is Bublé’s 4th consecutive No. 1 album. The multi-Grammy winning artist has had global sales of 45 million albums in the course of his extraordinary decade long career. Bublé’s last CD, the multi-platinum “Christmas”, was the second biggest selling album of 2011 following Adele. He will be in Jacksonville at the Jacksonville Veterans Memorial Arena.

Carrie Underwood in Jacksonville for Blown Away Tour
November 11, 2012

Mirand Lambert: Keeper Of The Flame Tour Jacksonville
May 6, 2016