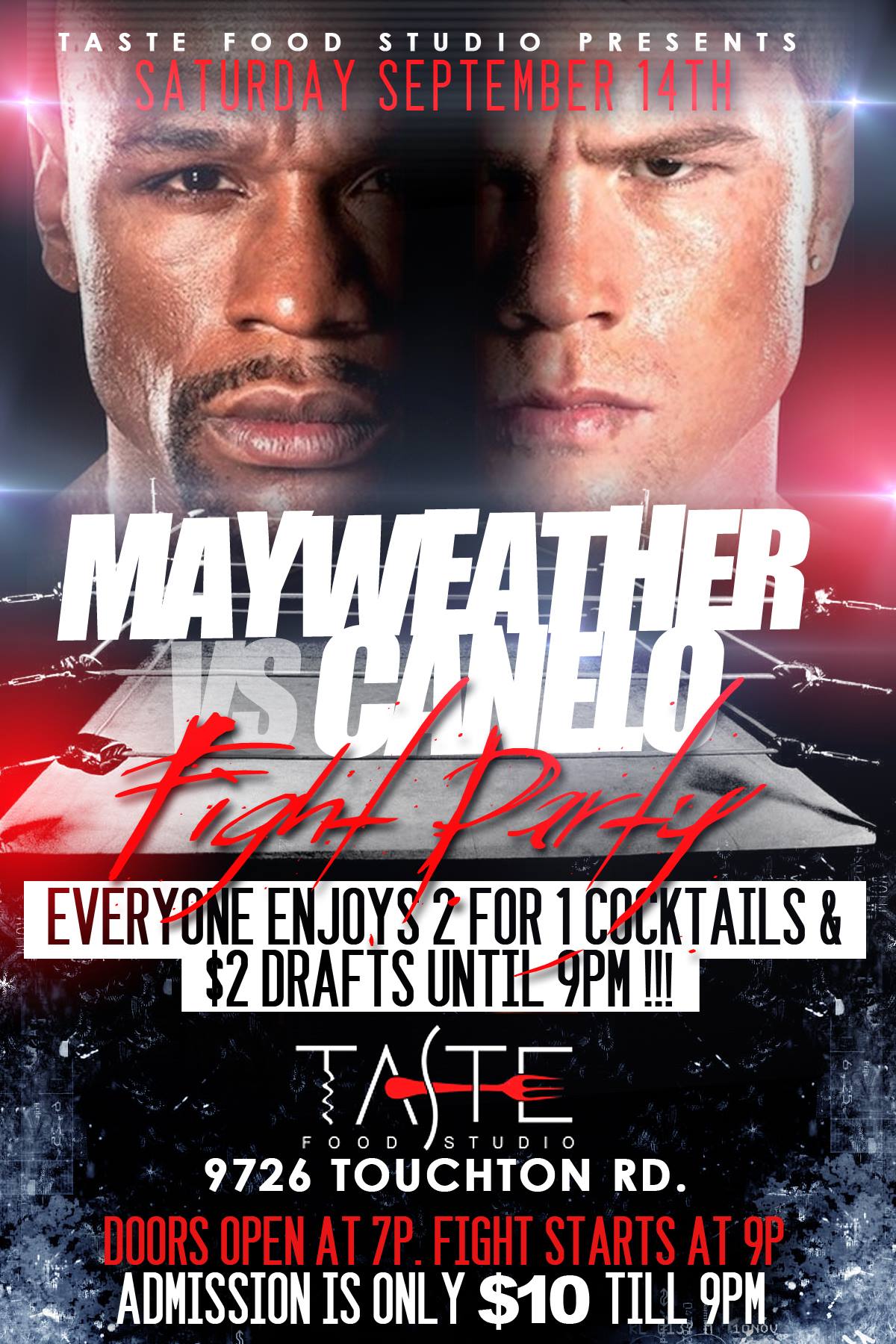 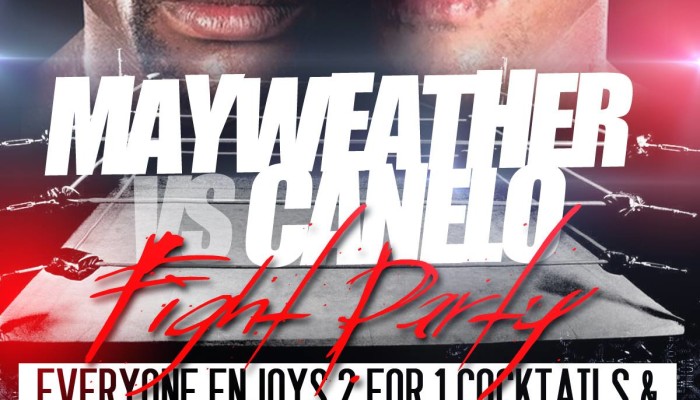 Boxing is a hard sport to be a fan of sometimes. Far too often politics and egos stand in the way of that which everyone feels is inevitable and necessary.

We’re not so far removed from the failure to make Floyd Mayweather vs. Manny Pacquiao that we don’t feel a deeper appreciation for the fact that tonight we get to see Mayweather step into the ring with Saul “Canelo” Alvarez. It’s a true superfight. In fact, it’s more aptly described as a mega-fight.

Mayweather (44-0) is the top star in boxing, despite Manny Pacquiao’s enduring popularity Mayweather’s number one status has been cemented for a few years now. In Canelo (42-0-1), Floyd has found a foe who is as familiar with being a superstar as he is. Canelo has packed arenas — drawing almost 39,500 fans to see him take on Austin Trout — and is so popular in his homeland of Mexico that there is to be a telenovela based on his life.

While boxing fans and media point to Mayweather’s bout with Oscar De La Hoya as a comparable fight, but Floyd made his star in the build-up to that fight, brilliantly promoting himself via HBO’s brand new 24/7 platform. Canelo came into the bout as an already made man, a superstar to one of the most fiercely passionate fanbases in the sport.

It’s a little “inside baseball,” but the traffic for this fight has been off the charts for a longer period than any other big fight in boxing in “the modern era.” The excitement for the fight is genuine, not some illusion given off by a carnival barker promoter.

In fact, in the lead up to the fight, one of the most visible promotional voices available has been absent with De La Hoya having to check into rehab on the week of the biggest fight he has ever promoted with Golden Boy Promotions.

The excitement for the fight also lies in the fact that Mayweather is facing a real test. Yes, Canelo was given an easy path to the place he is now. Even though he is only 23 years old, Canelo was expected to take some bigger steps up in competition over the past few years. When he wanted a fight with Austin Trout it was the first time at this stage of his development that fans felt they were truly getting a fight worthy of him. Trout is no joke, entering the ring at 26-0 and as a legit top 154 pound fighter.

Canelo had to earn his win over Trout, the media were damn near perfectly split on who won the fight, but regardless of if they saw it as a slight win for Trout or a slight win for Canelo, it was made perfectly clear that Canelo was no myth, he could take the top end guys in the sport to their limits.

Mayweather is another story. He’s been a dominant force in boxing for a long time. After beating De La Hoya by split decision in 2007 he became a star, in beating Ricky Hatton later in the year, he cemented his spot. But then he retired for almost two years before coming back to fight a too small Juan Manuel Marquez, even abusing the weigh-in rules to not even bother making weight and coming in with an even larger size advantage over his outmatched foe.

Shane Mosley tried and found success for two rounds before beaten into old age by Floyd.

Victor Ortiz represented a big, strong, young challenger but he was also a mental midget who threw a headbutt and then continually tried to hug Floyd and apologize until “Money” had simply had enough and laid him out with a massive combination.

Miguel Cotto tried like hell and gave what may have been the performance of his career at a point when people thought he didn’t have much left. Even in winning a few rounds, Cotto simply wasn’t as good as the best.

This May, Robert Guerrero tried and came up short. The Guerrero fight was the first for Floyd since he jumped from his long-time home at HBO to Showtime for a record, massive contract. But the Guerrero fight was a flop. Showtime will argue that no one knows how it did financially, but while no one may “know,” everyone knows.

The good news is that the Guerrero fight didn’t provide the right return and opened the door for this massive event. Floyd is special, but he needed an opponent who could make the fight feel special. Canelo is that opponent.

The oddsmakers see the fight as a close one, with Mayweather as a much smaller favorite than normal, sitting around -220 to -250 when he’s normally over -500. The motivation behind those odds is more than public perception.

Mayweather is moving up in weight. He refused to go all the way up to 154 to Canelo’s home, but did agree on a 152 pound catchweight. This is a division that Floyd has only seen in the De La Hoya fight, when a faded version of Oscar managed to push the younger Mayweather to the limit and against Cotto where a faded version of Miguel found shocking success in winning rounds by pushing Floyd to the ropes.

Floyd was 34 and had fought once in almost three years, Cotto was 31 but probably closer to 40 in boxing years and is no natural junior middleweight.

Canelo is a big, strapping 154 pound kid. He’s strong and will try to stay on Mayweather, pushing him to the ropes the way Cotto did and unloading. He’s got the energy and his legs are likely to be there all night. This isn’t Oscar and Miguel at the end of their careers.

And Alvarez does some pretty things in the ring. His power gets the headlines, and he can absolutely throw heat with his right hand, but he throws great combinations and has the mind to go to the body to open up his attack. If he can push Floyd backward and trap him on the ropes, he’s going to open up and try to hurt him anywhere Floyd allows.

Mayweather is a master boxer, but he’s not really a combination puncher. He loves to throw the counter and lives and dies with his straight right hand. Against Guerrero it was basically the only punch Floyd needed to beat a very competent welterweight.

Floyd is going to want to fight at a comfortable distance, avoid getting hit and pop Canelo with that straight right. Canelo will try to smother, force Floyd to the ropes and use his size and strength to bully and wear him down.

In that way, this is a legitimate fight, every bit a legitimate test for Floyd, even if there are some in the “nothing is ever good enough” crowd who will simply focus on the fact that Floyd should win.

Mayweather is the best fighter on the planet. While I truly believe that Canelo has a legitimate shot to win this fight through a combination of his own physicality and Floyd’s “issues” at junior middleweight, I can’t pick against Floyd until he actually seems like he is capable of losing a fight.

It’ll be a tough bout, Canelo will win a few rounds — let’s say four — but…