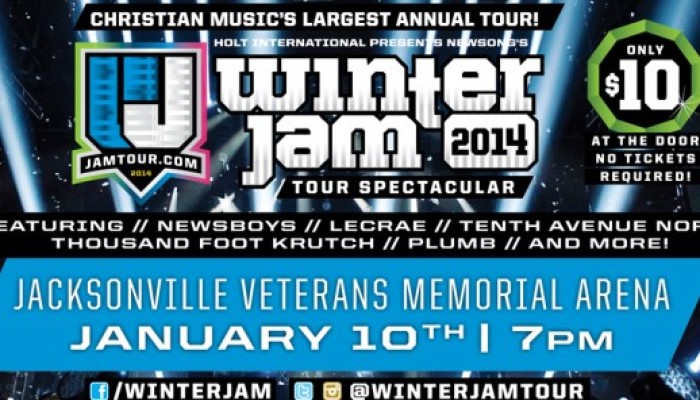 Four-time GRAMMY®-nominated band Newsboys boasts an impressive track record with 16 albums, five gold certifications, 30 No. 1 radio hits and over 8 million units sold over their multi-decade career. This rock and pop-driven worship band includes front man Michael Tait (vocals) and his band mates who’ve played together for two decades – Jody Davis (guitar), Jeff Frankenstein (keys) and Duncan Phillips (drums). Their 2010 release, Born Again, saw the largest street week of their careers, debuting at No. 4 on The Billboard 200 and garnering three No. 1 hits. Their 2012 record, God’s Not Dead, has sold over 300,000 copies and its title song, “God’s Not Dead,” topped the CHR radio format for seven weeks in a row. Renown for their heart-pumping live concerts, the tight knit Newsboys unit continues to headline shows in the U.S. and around the world. Their pop-spirited third album with Michael Tait at the helm, Restart, debuted at No. 1 on Billboard’s Christian Albums Chart and was declared the “perfect sound to reach a new generation of believers” by The Christian Post.

NewSong has recorded 18 albums, garnering 20 #1 Christian radio singles and a GRAMMY® Award nomination, in addition to being inducted into the Georgia Music Hall of Fame, among numerous other achievements. The group’s unparalleled 30-year ministry has been highlighted by such defining songs as “The Christmas Shoes,” “Arise, My Love,” and “The Same God.” NewSong’s best-selling latest album, Swallow The Ocean, features the current single, “Who Loved You First.”

Since creating the Winter Jam Tour Spectacular in 1995, NewSong hosts and continues to oversee the exponential growth of this groundbreaking tour. Among the music industry’s top outings each year, Winter Jam features Christian music’s best and brightest artists and provides a powerful platform for the Gospel message across the country.