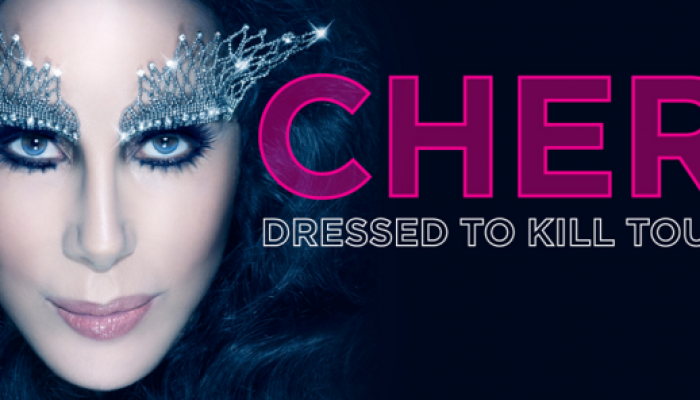 The one and only Cher herself revealed that she will kick off her “Dressed To Kill” 49 city North American Tour beginning in Phoenix on March 22nd with stops in NY, LA, Boston, Las Vegas, and other major markets.

Tickets for the May 14th concert at Jacksonville Veterans Memorial Arena are on sale now. Tickets will be available at the Jacksonville Veterans Memorial Arena Box Office, all Ticketmaster outlets, online at www.Ticketmaster.com or charge by phone at 1-800-745-3000. For additional ticket information and to sign up for tour updates please go to Cher.com. The national tour promoter is Marshall Arts USA.

Cher’s previous tour “The Farewell Tour” later dubbed “The Never Can Say Goodbye Tour” was one of the most successful tours ever by a solo artist and played for a record-breaking 325 dates and seen by over 5.5 million people.

For all online tickets purchased (presale and general public), ticketholders will receive a free copy of Cher’s new album “Closer To The Truth” which is out in stores now!

Cher will also be appearing as a mentor with Blake Shelton on NBC’s The Voice airing in October.